On average, women live 10 years more than men, and also, they suffer more. They suffer more because they are the custodian of life’s biggest process, the reproduction, where men’s role is only minor. They have more complex physiology and hormonal system.

Fee Contribution:
(All inclusive of module fees, boarding and lodging)

What are Women's Health Issues?

On average, women live 10 years more than men, and also, they suffer more. They suffer more because they are the custodian of life’s biggest process, the reproduction, where men’s role is only minor. They have more complex physiology and hormonal system. Also they are the victims of social dictum. Most women’s health issues are due to mismatch in the biological aspects and social aspects. Let’s first look at what are the major issues females suffer additionally compared to the male counterpart. For the expediency’s sake we can group these issues in 3 groups: 1) Not much related with the reproduction, like Osteoporosis, Depression and Urinary Tract Infection, 2) Directly linked to reproduction apparatus, like Menstrual, Uterine and Hormonal Issues e.g. PCOD which is affecting to a very large young population, and 3) Breast Cancer.

First, the non-reproductive issues, Osteoporosis, Depression and Urinary Tract Infection. A major factor of these diseases is a social stigma that women should always be clad, from tip-to-toes, in things like burkha or ghoonghat. Most societies consider it indecent if women walk on the street in small clothes. Along with this, there is also, particularly in India, a deep yearning to look fair. These two factors have cut-off most women from sun exposure. The result is that over 80% of them are Vitamin D deficient. And Vitamin D deficiency, actually the sun deficiency (because Vitamin D available in sachet is not the replacement), is the basic cause of Osteoporosis and Depression. Urinary tract infection in some women could be linked to Diabetes. But in most, it is due to poor sanitization. Women’s groin area, and also of men, should not only have good ventilation, but it should also receive sunshine as well, as this is the place which has fluid discharges. UTI, if not diabetic, is because of this lack of ventilation and sun exposure. Because of its functionality, whereas this area needs extra ventilation, the human stupidity is this that we put this under extra covers. No other species is as foolish.

Now coming to the diseases directly linked to reproductive apparatus i.e. Menstrual, Uterine and Hormonal Issues. These issues are much more complex and need some deeper digging. The two most important activities of life are nourishment and reproduction. It is what most species in nature do. They are mostly busy in food related activities or in reproduction, and in between take rest and roam around. Humans got involved in many many things and to create room for those things many taboos have been created.

Let’s try understanding the reproductive (and also maternal) apparatus – ovary, uterus, vagina, breasts, a symphony of hormones oozing from as high as the brain itself, and the major events – menstruation, mating, fertilization, conceiving, delivery and breastfeeding. With secondary growth girls start menstruating somewhere around 12-13 year of age. That is the sign that they are readying for the reproduction. Once reproductive apparatus is ready, ovum is released from the ovary to wait for fertilization in the uterus. If fertilization occurs zygote forms and embryo starts growing. And after around 9 months a baby is delivered through the birth canal. If no fertilization takes place in a couple of weeks the ovum is thrown out of the body along with uterus lining in the form of bloody menstrual discharge. And thereafter, the process keeps repeating for many years i.e. up to the age of 40 to 65, and then it is stopped, with the arrival of menopause.

On a side note, there is a lot of news related to menstruation these days. Film stars are making films on it. Industry and social voices related to sanitary pads are getting louder. There has never been so much noise about the menstruation. For most of the time, it remained women’s secret act, secret suffering. Not any more, women can now suffer publicly. Baby diapers were already polluting the planet. With the advent cheap non-disposable sanitary pads, a large segment of women have joined them on this pollution voyage.

The pain increases with other physical complaints such as mental or physical issues. These affect the strength and length of the menstrual process. The monthly period is now seen as a cleansing: the body excretes blood and new blood cells are formed. In contrast to the past, women are more open and free about this process. The newly created openness to the topic has created a second movement that affects baby diapers: environmentally friendly alternatives in the form of washable sanitary towels, cups instead of tampons and a further developed form of underwear are available today.

Why in the past there wasn’t so much fuss about menstruation? And about the irregularity of it? And about PCOD? It’s not that women earlier were ignorant or lacked in awareness. Menstruation is actually not designed by nature for being so much. Women body isn’t a foolish design that it would shed so much blood every month. Does any other species do it so much? Think of cows, buffaloes, cats? No, menstruation isn’t a regular act, it’s an abortion, a wastage, flushing, excretion and suffering, not something to be had every month. No lady enjoys having menstruation every month. Those are the difficult days. It’s because not-having brings other complication women aspire to have periods regularly.

Reproductive apparatus isn’t primarily designed to menstruate. It is designed to reproduce. Menstruation is a set-back and re-preparation. It’s like you invite someone over dinner, spend lot of time making the best food. But the person doesn’t turn up and you are left with no option but to throw away your meticulously prepared food. Such throwing away is a disappointment. But assume what – the person doesn’t turn up continuously for 10 or 20 or 100 times! And you keep doing the same thing every time – meticulously making it and painfully throwing it!! Think about the biological frustration, isn’t this irritating? And we expect everything remaining smooth.

Fertility peaks in twenties and women are biologically designed to deliver around 8 to 10 babies at an interval of around 3 years each. The cycle goes like this: mate and get pregnant, carry the pregnancy for 9 months with 0 menstruations, deliver the neonate and keep breastfeeding (no menstruation for another 4-12 months), then again have sex and go on. So there are periods of mating, menstruation, reproduction and breast feeding. In a nutshell women body is biologically designed to have only 40 to 50 menstruation periods in lifetime. Whereas, due to humans avoiding the child birth women end-up having 400 to 500 menstruation periods in lifetime. This huge 10 fold rise isn’t a matter of joke, biology has its limitation. And this change has happened in the last two generations. For millions of years, no contraceptives were available. Women were mostly pregnant or breastfeeding if not menopaused. Biology takes several hundred years to make a tiny evolutionary step.

However, we don’t mean correcting this problem by having more pregnancies. Childbirth in itself is a health hazard and this planet can no more support any rise in the human population. The solution has to be found out in some other way. By diverting this energy to some other activity, may be in doing strenuous physical labor. Substituting one labor (pain) by another, the one more tolerable, sustainable and overall nourishing. If this apparatus cannot be used well then the remaining body should be kept in high fitness.

About the Breast Cancer, the breasts are primarily meant for breastfeeding. Low reproductive lifestyle especially delayed first pregnancy; use of oral contraceptives and excessive use of tight bra are the main reason of breast cancer apart from other carcinogenic factors like radiations (including the ones emitted by cell phones) and chemicals like mosquito repellents. Perhaps, the use of bra as a cancer-causing practice is controversial, but it is well established that not wearing it is certainly healthier.

Forest therapy protocol for women’s health has 3 in-forest and 1 post-forest stages. It begins with epigenetic balancing and calming and then moves to autophagic deep cleansing and restoration, followed by re-feeding and re-strengthening.

Forest protocol is comprised of 3 steps:

Subsequent to the forest components participants are given a tailor made home protocol, which primarily aims at living a non-sedentary, low-sanitization, low-toxicity lifestyle for 3 to 4 weeks. Participants are also encouraged to build communities around them to have better emotional health and also, where ever feasible or justified, to become re-productively active. 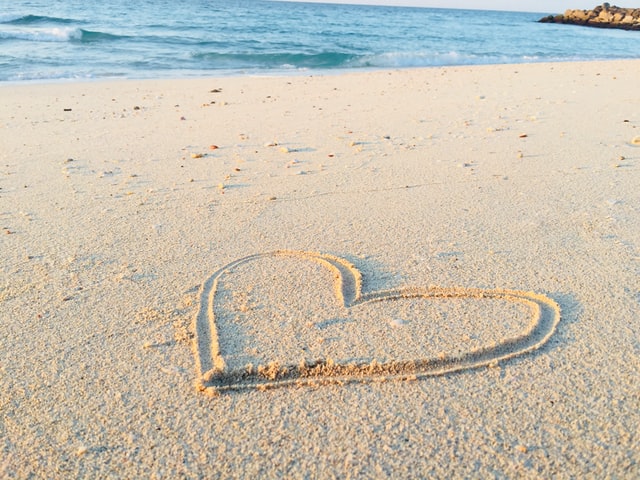 How do I know my heart is healthy? I regularly do kapalbhati.

There has been a substantial increase in heart related deaths. One way to feel safe… 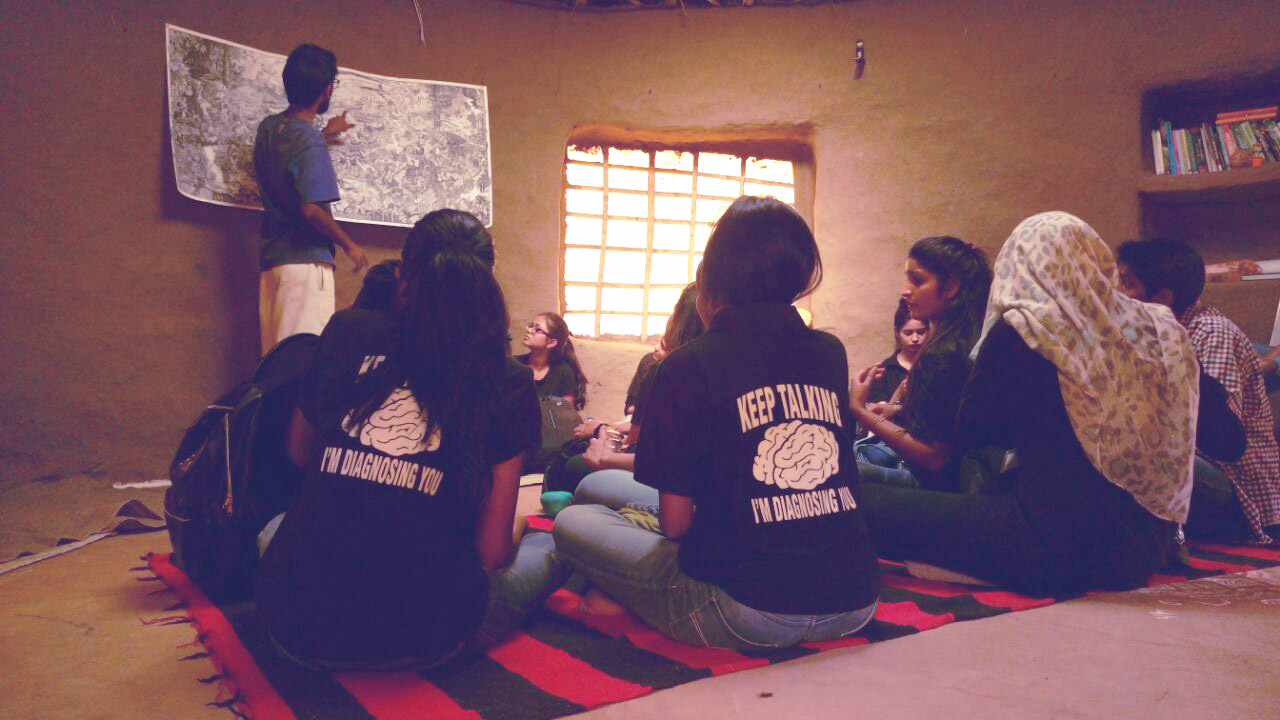 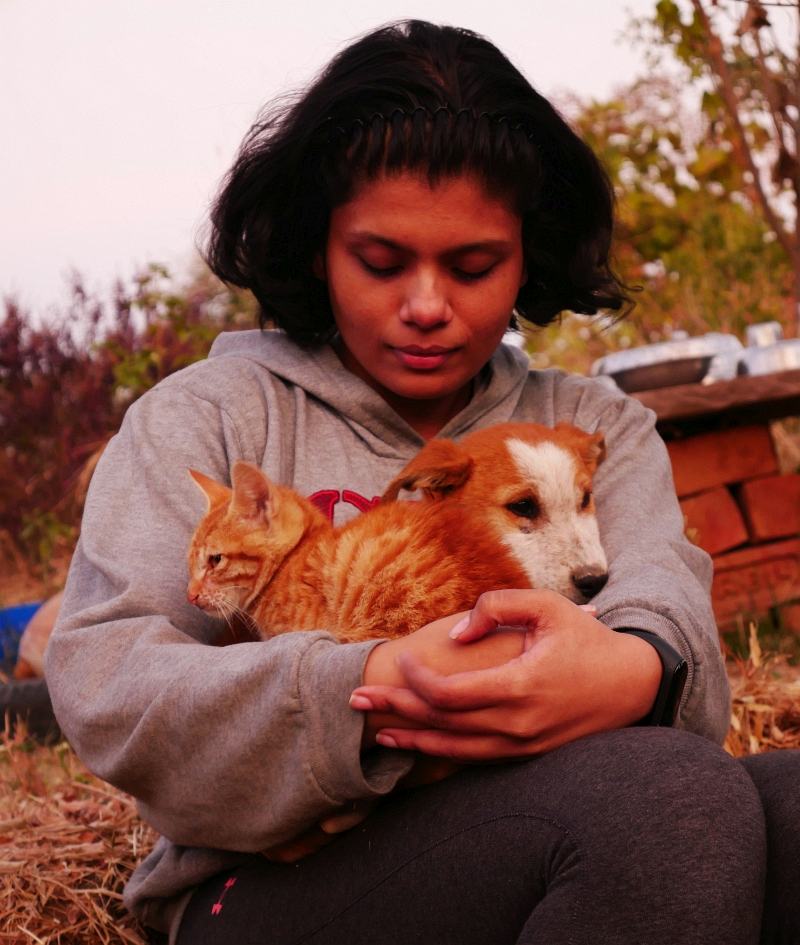